If you are celebrating Hanukkah or just a lover of latkes, Chef Ben Goodnick of Summer House Santa Monica and Stella Barra Pizzeria is sharing four ways to top your latkes beyond the traditional sour cream or applesauce. Whether you prefer sweet or savory, we’ve got your taste buds covered.

Make a reservation on the heated patio at Summer House Santa Monica. 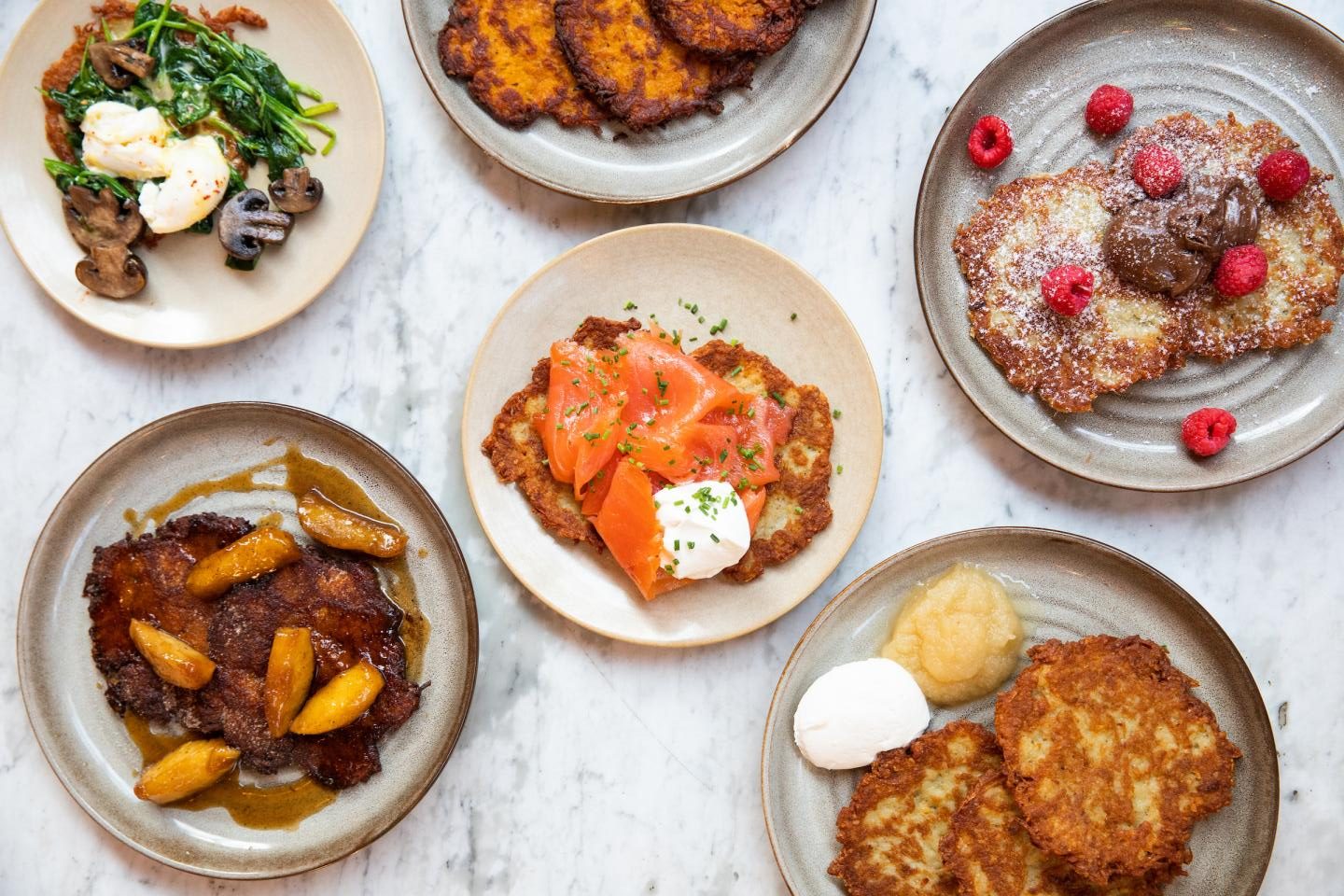 Chef Ben also is letting us in on a little secret, his family’s latke recipe! For the full classic latke recipe, click here.

Wishing a Happy Hanukkah to all of those celebrating!

Latkes can take the place of potatoes in many contexts. They make a great substitution for hash browns in a big fried egg breakfast.

“Swapping some of the grated potato for grated root vegetables such as celery root, turnips or parsnips yields a heartier  side dish that is really wonderful when served with earthy braised dishes such as goulash, lamb shanks or even beef bourguignon.” 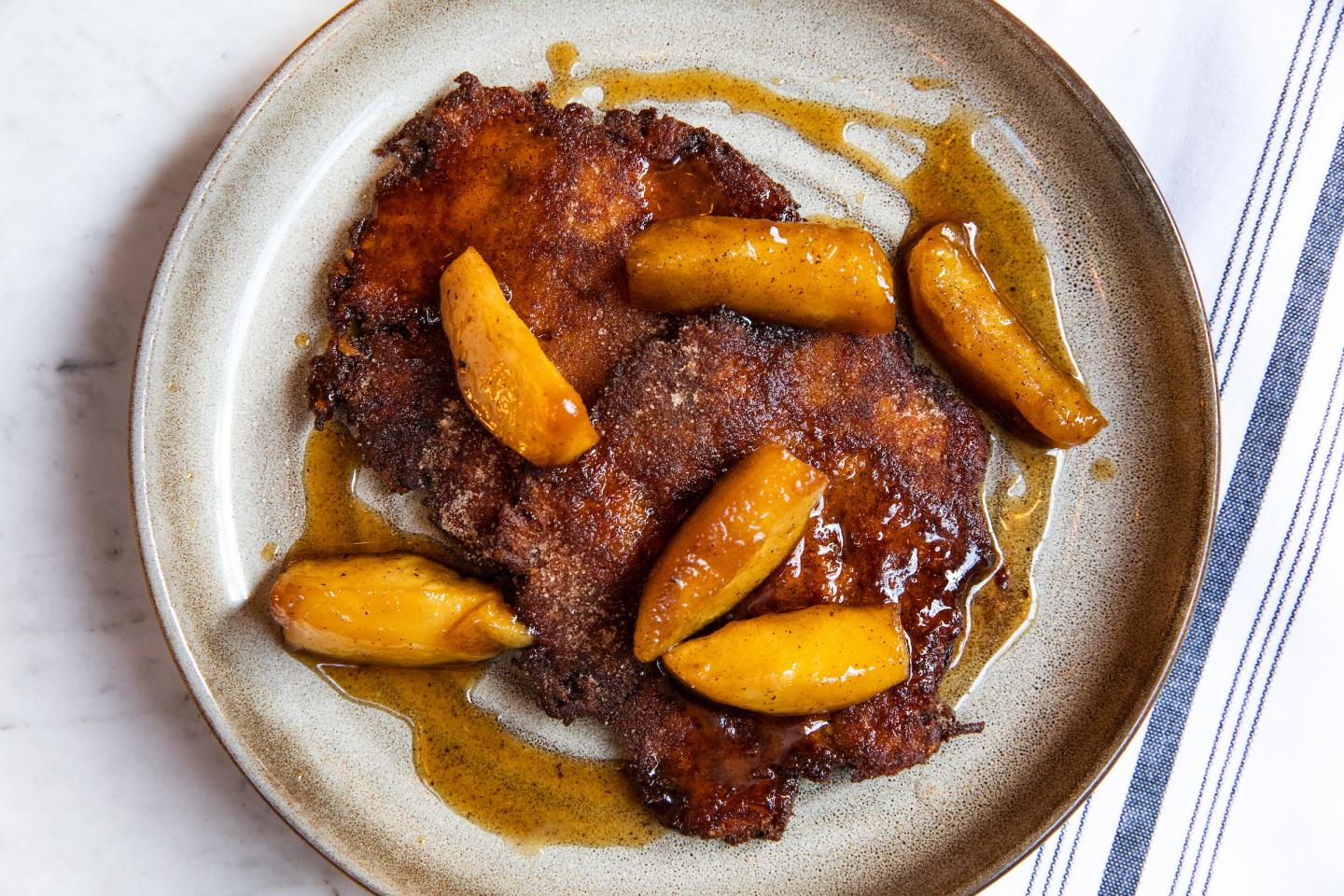 Change up the grated potato for sweet potato and leave out the onion which will give you a sweeter version that is great with warm fruits like the delicious caramelized apples or vanilla scented pineapple. Sprinkle warm latkes with ample cinnamon sugar and top with brown butter caramelized apples. 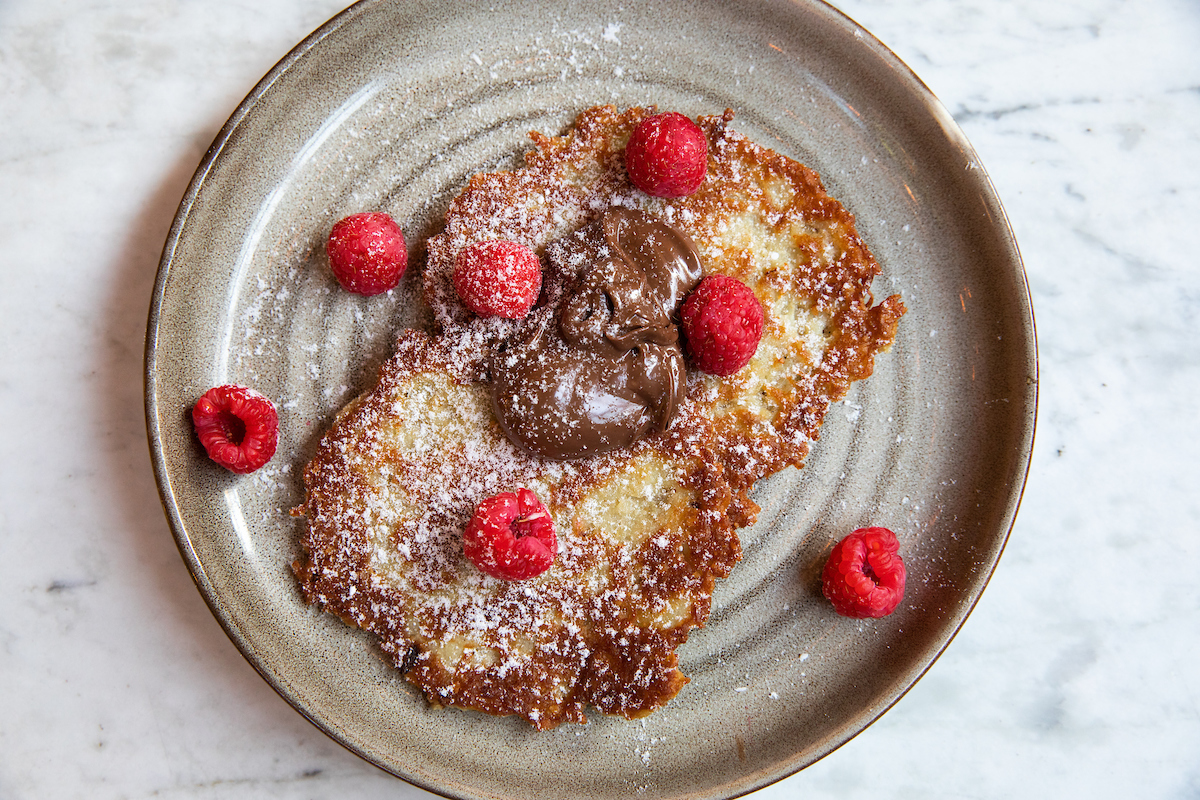 “Leave the onion out of the latke recipe for this version and add a pinch of orange zest to the latke batter.”

Sprinkle warm latkes with powdered sugar and add dollops of Nutella. Garnish as you like with berries or sliced bananas. 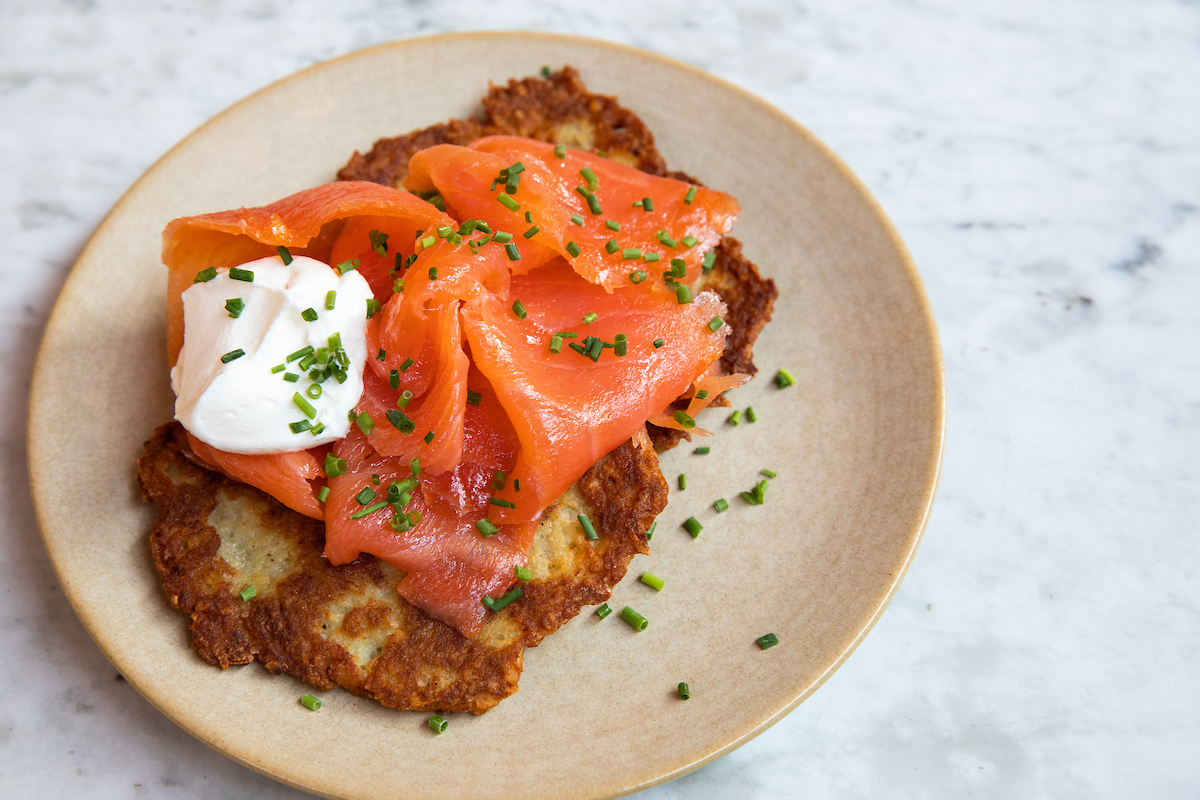 “I like to take the basic latke recipe and swap out half of the potato for finely sliced leeks. They are great served with your favorite smoked salmon or make them small and serve with caviar for a decadent appetizer.”

This version is easy and great for brunch. Top the warm latkes with cold smoked salmon or nova lox. Spoon on a bit of sour cream and sprinkle with chives. 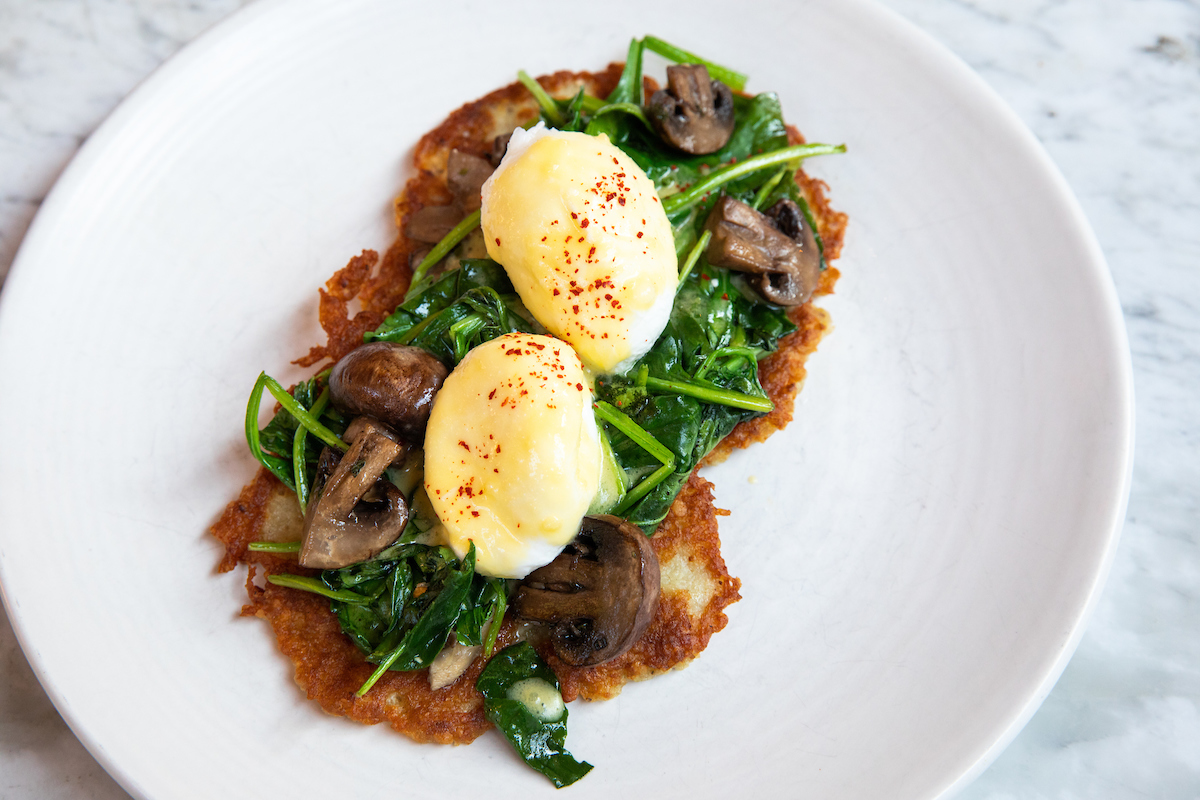 “Latkes for brunch is always a good idea. Top warm latkes with sautéed spinach and mushrooms and finish with a poached eggs. Pour on the hollandaise sauce and garnish with paprika.”